I was recently invited by the owners for a 1-night visit to Lalibela Game Reserve on the Eastern Cape. Private charter flight included! This was obviously a treat to remember, and accompanied by some of my industry colleagues and peers. 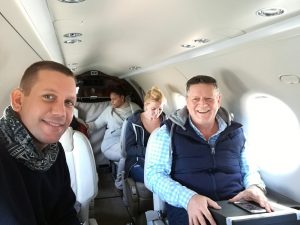 This was to showcase the reserve, the conservation efforts and initiatives, as well as look at the improvements made at the camps. Historically Lalibela was negatively viewed by most in the industry due to the previous methods in which all the land owners operated on the conservancy. There were a few which still conducted hunting – and this meant it was never accepted by the trade.

The good news is that Lalibela was purchased by new owners (buying out the entire conservancy, lodges and also purchasing adjacent farms to allow for herd breeding). The owner (the Heinz dynasty) is all about the environment, the conservation efforts and the local community. The amount of money being thrown at all three is incredible.

There have been significant game purchases for both the Big 5 and breeding areas – especially antelope for the predators, and additional cats. Lentaba lodge underwent a major overhaul, they are building a new exclusive use Manor (Mills Manor); and their other two camps Tree Tops and Marks Camp are having soft refurbishments done. Recently added to the portfolio is Kichaka – this will be a flagship 5* product. 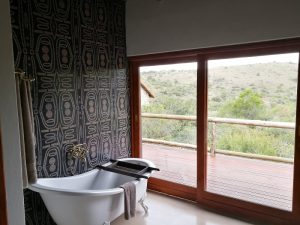 Behind the scene stuff (much not seen by guests), but demonstrates the importance that the new owners attach to conservation and community upliftment are:

•  Huge alien vegetation removal programme: Removing all black wattle off the reserve. About 60% done, and it costs over R400k per month. They’ve been at it for almost a year already!
•  New Staff Housing: these now include improved amenities and rebuilding of a staff village outside the reserve (new). The old houses that were based in the reserve are being demolished. Their staff are critical to their operation, so no amount of money is being spared to uplift their accommodations.
•  Water purification plants: All lodges and the new, staff housing complex have water purification plants that convert sewage and grey water into drinking water which is then distributed to various waterholes on Lalibela for the game to benefit from.
•  Fair Trade Certification: They are busy finalising their waste disposal policy & procedures, and will then be going through this process.

This is a major changing of the guard. Lalibela is likely to become a powerhouse over the coming years based on their expansion efforts, conservation and community efforts – and this seeps into their staff which is felt and experienced by clients. It will undoubtedly be a success story, and thankfully now a great product for the trade to back 100%. We are in turn confident in building a long and successful partnership with the Lalibela team (and between Lalibela and our various agent partners).